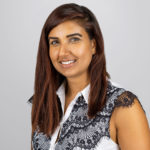 Suneeta Johal – CEO of the CEA

Suneeta Johal joined the Construction Equipment Association as the CEO in October 2021.
Prior to joining the CEA, Suneeta spent nine years working at IPSE, a membership organisation that supports those who are self-employed and freelance. She joined the senior leadership team as the Head of Research, Education and Training where she created a research strategy to inform the future of the association, introduced a student membership and developed a training programme. Suneeta then took on the role of Director of Commercial Development, delivering successful strategies for membership growth, income generation and an award-winning virtual conference programme.
Suneeta aims to bring a new perspective and fresh energy to her role at the CEA to ensure the association reflects and attracts diversity in the younger generation.

Nick is owner of GKD Technologies Ltd – and has been an active member of the CEA since 1986. GKD is one of our smaller SMEs in the association and Nick champions the small company perspective at the CEA. Being a keen exporter, Nick has been to many of the CEA supported exhibitions and is a supporter of the CEA’s International Business Group. He is an electronics engineer and loves technology. He’s a tennis player and dinghy sailor and knows nothing about football. 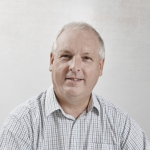 Paul has an extensive background across various industrial, commercial and technology sectors on an international basis. Having qualified in engineering, most of his professional career has been spent in executive management level positions operating on a global basis and being closely aligned to business, product and distribution development, marketing, commercial and general management. He has many years of international experience across a wide range of disciplines and has operated in a number of main board and senior roles in both private and multi-national companies. Paul is a past President and current Director of the CEA and has been actively involved in CEA activities over the past three decades.

A graduate in International Politics and Intelligence, Charles joined JCB in 2006 and was posted to Brazil as Product Manager. In 2010 he became Regional Sales Manager and was involved in the establishment of a £100M factory near São Paulo, to supply Latin America.
In 2013 Charles returned to the UK to take up the role of Regional Manager for Southern Europe, Israel and Turkey, moving to JCB`s London office as General Manager in 2016 where he is responsible for interacting with global infrastructure, Tier 1`s and government and external affairs. 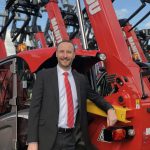 Mark joined Manitou UK as Managing Director in 2018. His remit covers both the Manitou and Gehl brands with full responsibility for operations in Great Britain, Northern Ireland and the Irish Republic. The range includes products for Construction, Agricultural, Industrial, Warehouse and Logistics markets.
Prior to joining Manitou, Mark’s career was primarily in the Agricultural sector having been the MD at three leading equipment manufacturers over a 15-year period, Grimme, Lemken and SAME Deutz-Fahr respectively. Mark is an active member of the Agricultural Engineers Association, has been a Board Member of it since 2013 and was its President from 2017 to 2018.