Trending
You are at:Home»Industry News»Important news from BEIS regarding UKCA changes
By Louise Carney on June 25, 2022 Industry News

On 20th June 2022, the Department for Business, Energy & Industrial Strategy (BEIS) announced some significant changes in the rules governing UKCA marking. When launching these changes, BEIS contacted CEA direct to inform us of the change, along with the following message:

“Following concerns raised by industry, we are now giving further support to businesses by introducing a range of measures making UKCA requirements easier to follow. These measures have been designed to reduce costs and burdens for businesses moving to the UKCA regime at a time when businesses and consumers face rising prices. We have updated our guidance, and will bring forward legislation where necessary”.

These changes have therefore been brought about following direct advocacy actions, primarily led by CEA. It is great to know that BEIS has listened to our concerns and has acted accordingly. The changes are as follows:

Prior to yesterday, UKCA marking required that any mandatory third-party conformity assessments were performed by UK recognised Approved Bodies, with a deadline to obtain the relevant certification and apply the UKCA mark of 1st January 2023. However, industry had raised to BEIS’ attention that many manufacturers were struggling to achieve this deadline due to the lack of Approved Body capacity, especially in the field of outdoor noise. 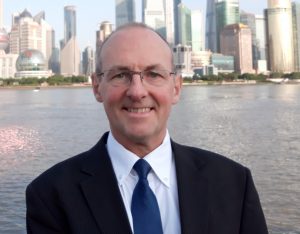 BEIS recommends manufacturers that decide to follow this route to include in the UK Declaration of Conformity the list of relevant UK designated standards and equivalent EU harmonised standards that they applied, as well as details of the EU recognised Notified Body that carried out the conformity assessment procedures.

Please be advised that the online guidance in this matter has been updated and can be accessed here: https://www.gov.uk/guidance/uk-conformity-assessment

Further to the above news, BEIS also announced that there is no need to re-test imported CE marked only stock, as these products will be considered already placed on the market in GB. This means that manufacturers will not need to conduct UKCA labelling of stock that is CE marked and imported under contract into the UK by the end of 2022.

In addition to the above, BEIS has announced that it will continue to accept the placing of spare parts onto the GB market that comply with the same conformity assessment requirements that were in place at the time the original product or system they are ultimately intended to repair, replace or maintain was placed on the market. This means that products already on the GB market but which require spare parts can continue to be maintained according to the previous rules

All of the above announcements align with the positions that CEA has been advocating, hence this is a very positive development. Of course, we find ourselves in the usual situation where industry must act upon guidance that is provided in advance of the actual legislation being laid down, however, these changes should ease the compliance burdens that many CEA members were considerably concerned about in the lead up to the UKCA deadline of 1st January 2023.

As ever, I will be pleased to answer any queries you have regarding any aspect of the above developments.